This is a collection of our many maze concepts and at what stage of development they are at. If you can help develop any of these projects in partnership then do get in touch with us.

The Darkness and light Indoor maze 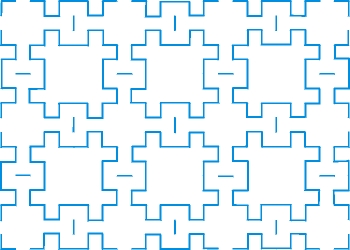 I had the idea that at the exit or entrance to each square (or room) in each doorway there would be a curtain that prevented you seeing what was beyond. So if you stood in each room all you would see in each one is the four curtains. I imagine the room to be plush red Victorian study type rooms all with exactly the same furniture, perhaps a round mahogany table in the centre, a dresser and a bookcase, all in exactly the same location with exactly the same stuff so whatever room you entered it had exactly the same layout. If you wanted to be really difficult you could give the room furniture a 2 or 4 fold symmetry. Of course if you wanted to be devilish you could change one item in each room, perhaps the book title of the third book on the third shelf would always be different, or there would be a silver spoon somewhere different in each room. Each room would not only be part of a larger maze but a sort of Sherlock Holmes esque spot the difference competition.

If you leave the bright room you enter not just a corridor between rooms but a dark maze of twist and turns lit in shadows as you find your way to the next room. This are also dead ends in the maze so you can get lost, although once you learn the symmetry of the maze it becomes a lot easier.

To add to the darkness visitors to the maze would have torches as the dark areas are barely lit.

There are lots of other variants to the maze, I can imagine actors roaming the maze telling stories to visitors, different lighting effects both in the dark areas and the room. Although I would probably want to stick to the rooms as places of quiet sanctuary and only the dark areas being the scary part. I imagine in the darkness you could have scary footsteps, howls and thunder and lightening, it would be a fantastical yet scary place.

I have also had practical thoughts as well, the entrance would be in the bottom left and the exit in the top right, but an emergency escape route would be a corridor that runs all the way round the outside.

I am thinking that all the interconnecting doors could be electronically locked or unlocked to create a different maze on a regular basis. Never the same experience twice.

This idea has been rattling around in my head for some years although initially it wasn’t a maze idea. Most people will have seen light trail photos which are long exposure photos so light sources such as brake lights leave trails across the photos. Well this idea is firstly about creating light trails.

My original vision was to pave an entire high street with pressure sensitive tiles which lit up as people stepped on them. Then after they stepped off they waited for two seconds then faded over a another two seconds to give a light trail with a faded trail. In this idea there is no maze so each person walking across the floor would have there own light trail behind them. Ideally this would be turned on at night when there are less people around and the light trails are easier to see.

Now the maze idea is still with the pressure sensitive floor is now with the lights laying out the maze so you start in one corner and move onto the next tile, if that is a path through the maze then the light goes green, if it is not it goes red. Then you progress like that except if there are dead ends in the maze and you get to one you wont know your route back so you will have to feel it out again. Remembering the green lights wont stay on but will slowly fade away.

Plus of course you could wire it all up to a computer and have a different design ever hour of every day, so it would be ever changing. 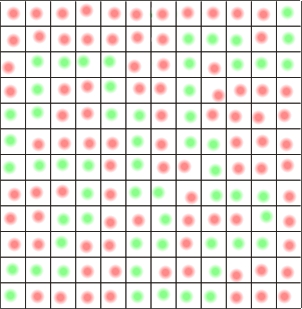 The example design shows the maze with all the lights on to show the path. I don’t think this maze need any dead ends as it will be hard enough anyway, but as it is all computer controlled it would be very easy to put in a different harder design. With a computer you could even generate completely random mazes.

This is a maze using the existing landscape of roads or paths but having a maze of rules. So you might have if you turn left, your next turn may be right. Creating imaginary walls in an imaginary maze bound by rules.

You have to add some additional signs to mark no entry turnings or something.

Of course mazes like this already exist in some cities like London… they are called one way streets.

Project Status: Concept only, would have to map one out to try it.